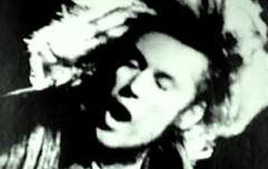 Welcome! This board is maintained by Alvin's family in order to share the latest news and messages with you. Please subscribe to receive email updates...or visit this page regularly! 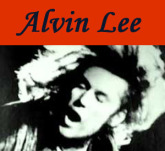 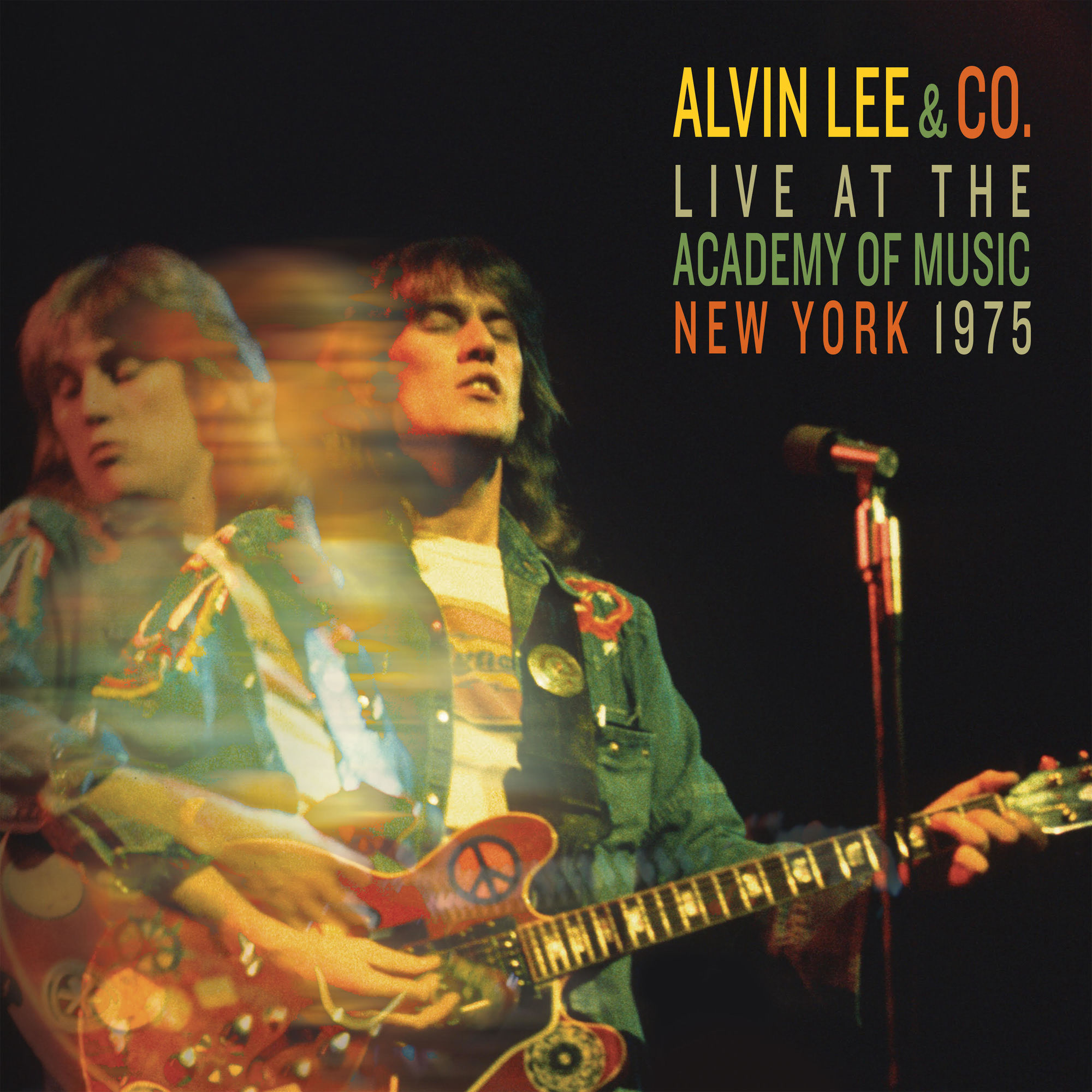 The band includes Ian Wallace - drums and Mel Collins - sax and flute; both Ex-King Crimson), two former members of Stone The Crows (Ronnie Leahy - keyboards, and Steve Thomson - bass), as well as Brother James - percussion, and backing vocalists Donnie Perkins and Juanita Franklin. The show at the Academy of Music in New York (later to be renamed the Palladium), on January 18th, 1975 was recorded on state-of- the-art equipment of its day and has been professionally mixed and mastered in recent years.

This amazing show consists of a collection of 13 jazzy, funky and mellow tracks; played by a world class band made up of talented musicians at their peak with Alvin leading expertly through tasteful guitar work and outstanding vocals.

The first ever TYA Box Set 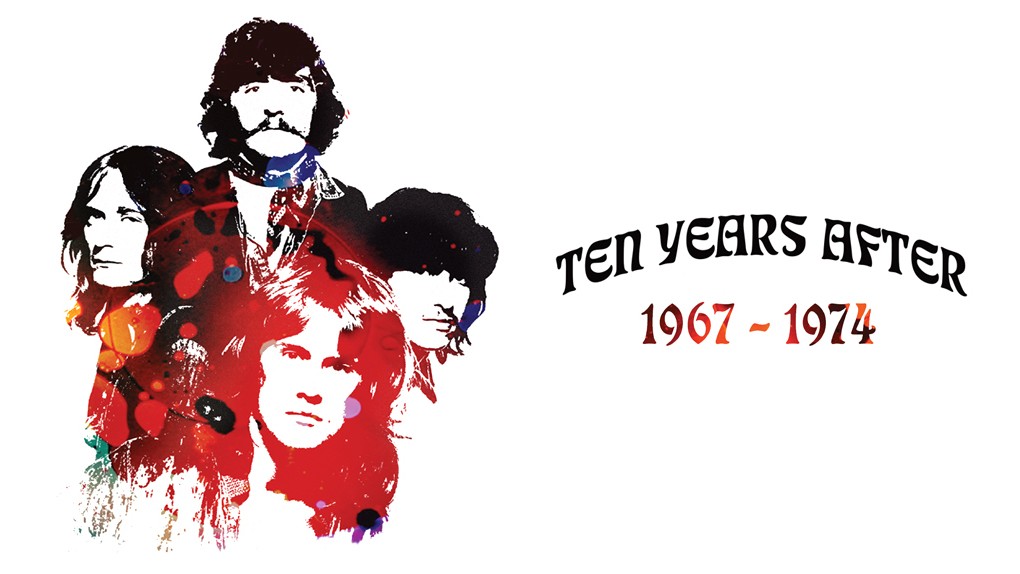 Hello and Happy Summer to all Alvin and TYA fans! We've been very quiet on this board for far too long, but hope that you're following 'Alvin Lee Official' on Facebook to get snippets, reviews and video links every week.

Anyway, there has been A LOT going on behind the scenes over the last year, we've been very busy and are looking forward to sharing some EXCITING NEWS with you! Prepare yourself, we'll post details very soon...

We’ve been trying to figure out which stickers were on Alvin’s guitar ‘Big Red’ at Woodstock, when the guitar still had the dot neck and Bigsby… looks like there were only four of them in total. Does anybody have clear pictures showing details, particularly of the two stickers which were removed at some point in time? Please email to our 'booking' email address if you can help - thanks!

Check out the new products in our online store! T-shirts, pin badges, turntable slip mats and coasters. Order now for Christmas delivery. Shipping to Europe and the USA.

The most recent TYA VINYL release – another old favourite: R&R Music to the World.

Please people, go and get yourselves a turntable for Xmas – it will take you right back to the time when music was something to be treasured! By pure coincidence we have just added (among other items) turntable slipmats to our online shop ;)   https://www.alvinleemerch.com/ 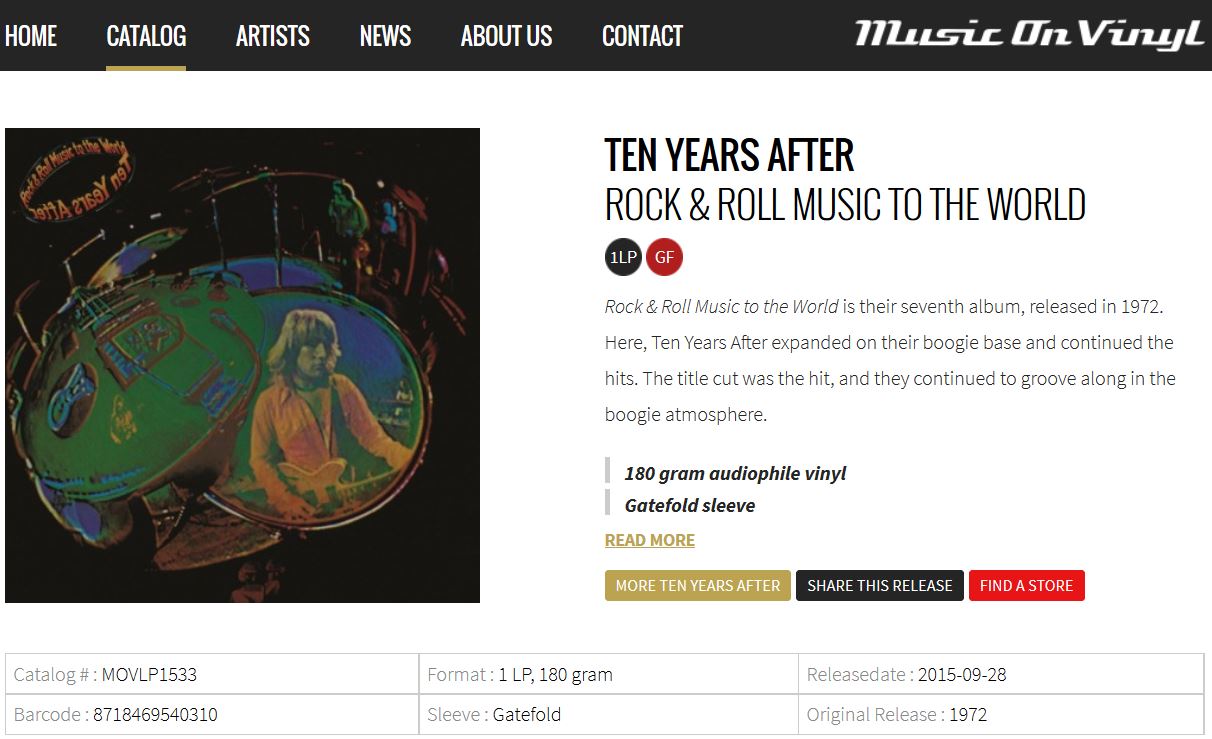 The addition of more tracks recorded on that day at Klooks Kleek is going to delight any fan of early TYA material. However, the changed running order of the songs – which means that vinyl side B starts with the drum solo (!?!) and inserting the additional tracks in what feels like some kind of haphazard fashion - won't sit right with anybody familiar with the original release. 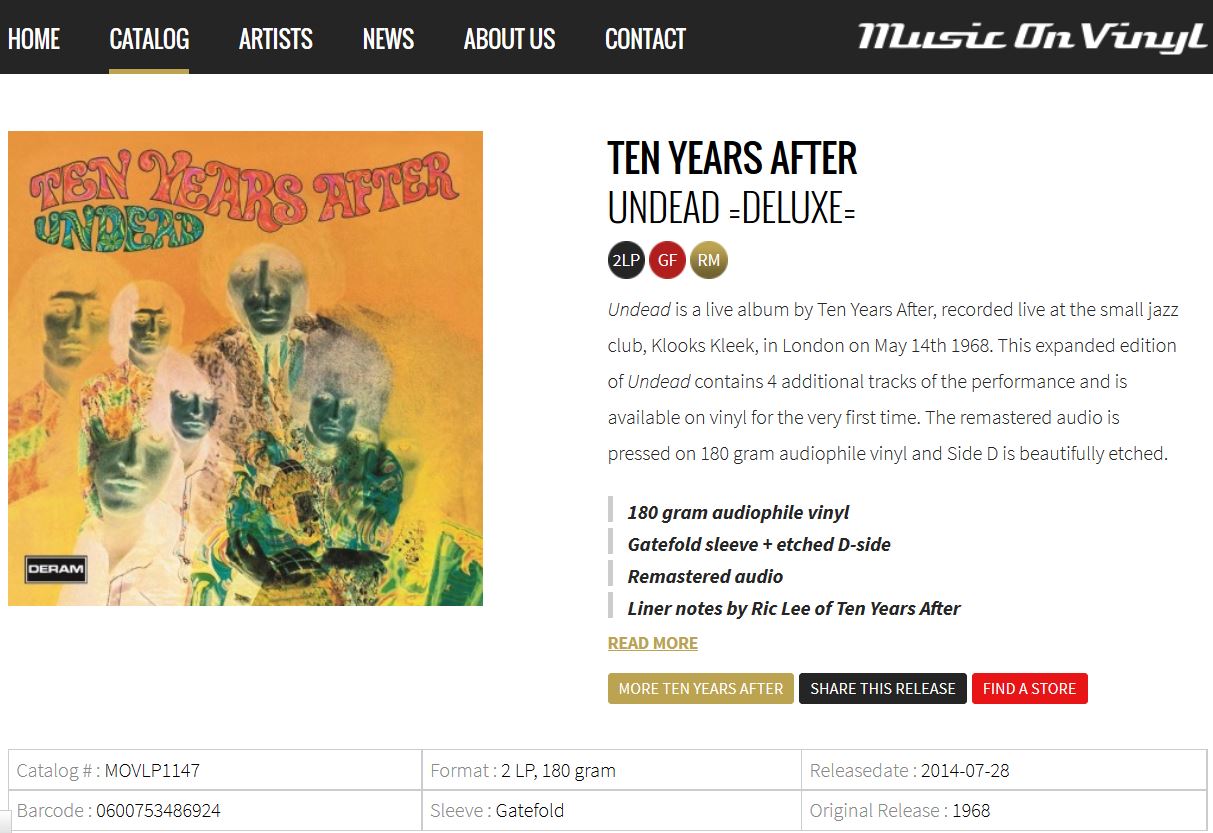 Although the official release date was just over a year ago we only recently laid our hands on a copy and must say it is a very fine release indeed, confirming the memory of how good it sounded when listening to it before the age of digital music. 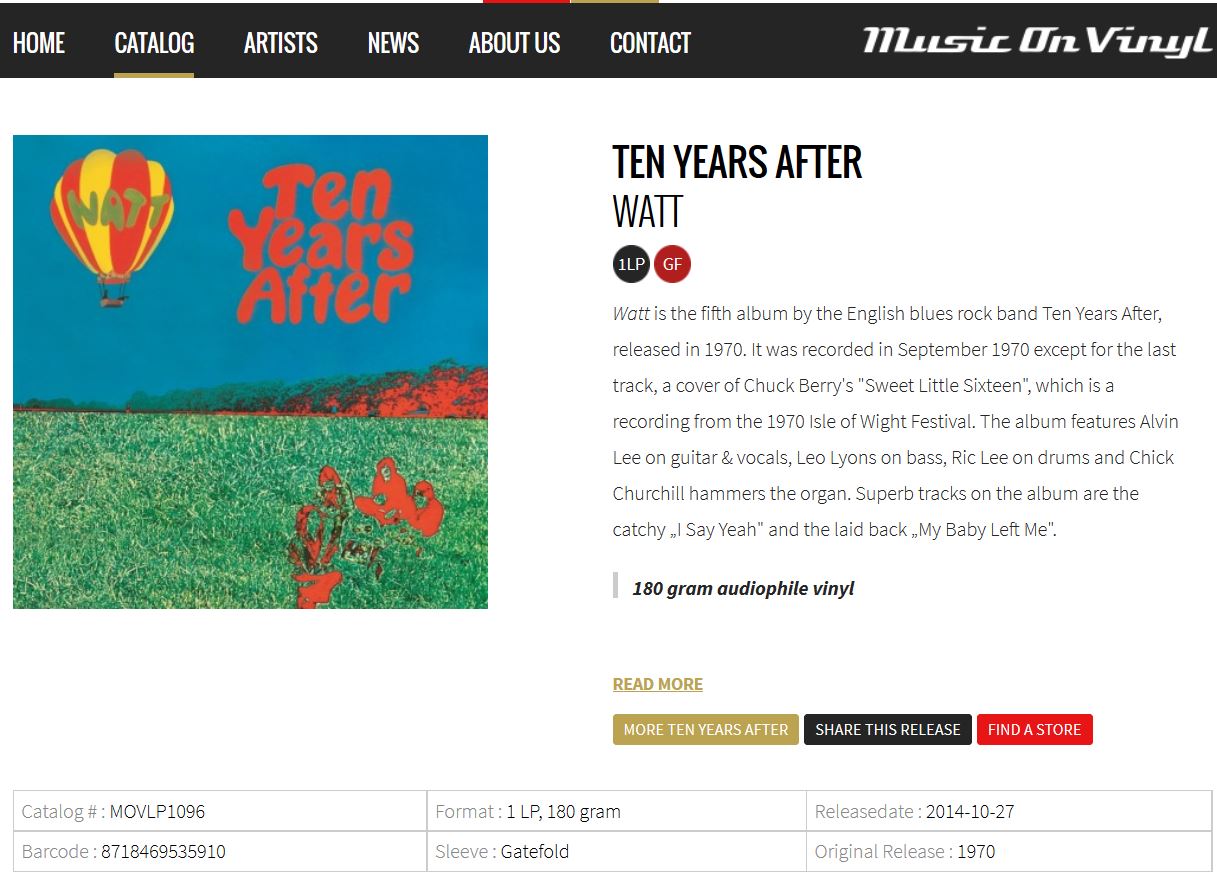 Here is one of the first reviews on the latest three TYA re-issues, released in July 2015: 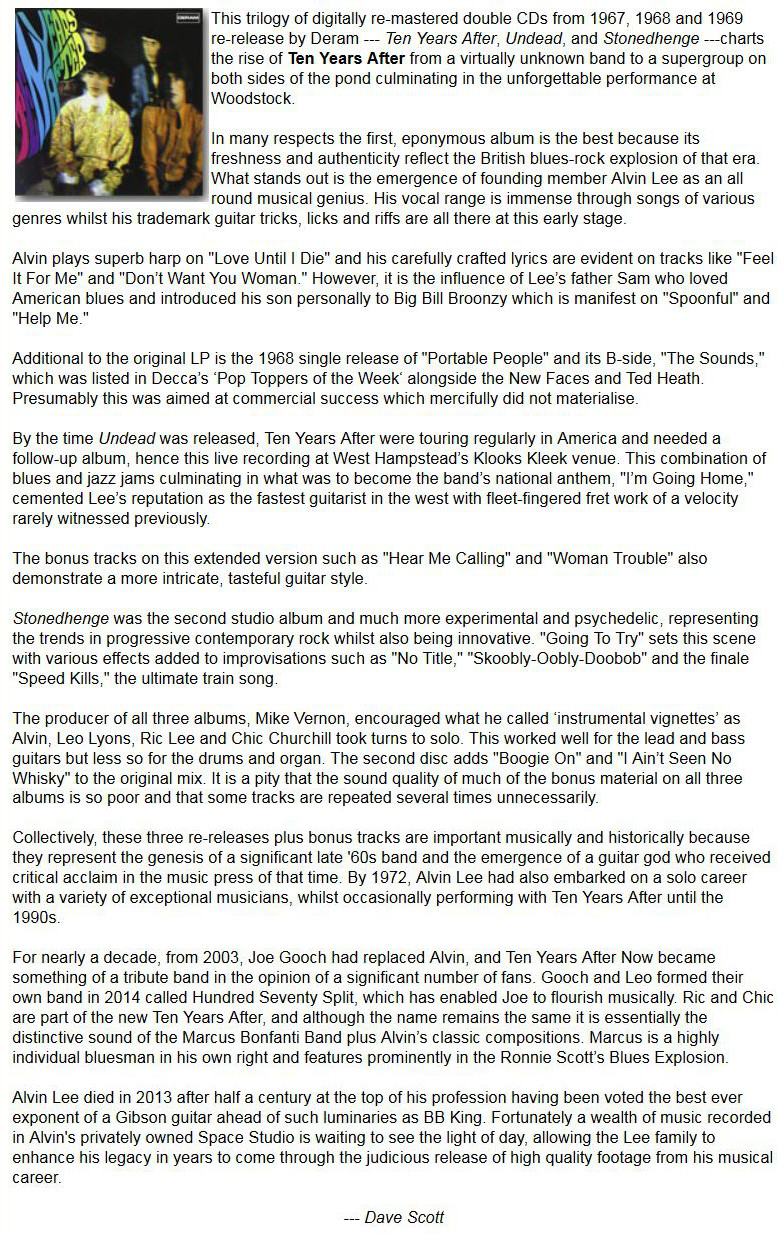 Bravenet Blog
Get One For Free!
powered by